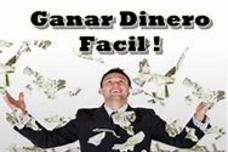 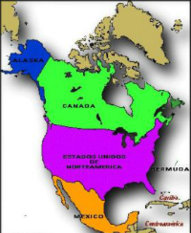 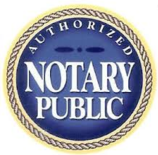 
The term “Banana Republic” was first applied to Honduras by the American writer O. Henry, for the influence the U.S. banana companies had at some time.
The Honduras official language is Spanish.

Christopher Columbus is said to have said after leaving behind a storm: “Thank God we’ve left these Depths.” And he called Depths (Honduras) the area, and Thank God (Gracias a Dios) the Cape he left.

As “Soccer War” is known the armed conflict that occurred as a result of a military aggression of El Salvador against Honduras after a soccer match between the two countries in 1969. The real reason of the aggression was to contain the Salvadoran population pressure.

Hondurans are also called “Catrachos” because of general Florence Xatruch, who fought in Nicaragua against the American filibuster William Walker. “Catrachos” is a corruption of the name Xatruch. “Here come the Xatruches” they said in the beginning; within a time they said: “Here come the Catrachos”.

The capital of Honduras is composed of two cities: Tegucigalpa and Comayagüela.

The Honduran currency is the lempira, and it is named after an Indian chief that fought to the death against the Spanish conquerors. It is assumed that a lempira bill has an image representing the face of the legendary chief Lempira, but instead contains the image of an American Red Indian.

Honduras is located in the waist or isthmus that links North America with South America, and it was the result of the clash of these two landmasses. If not for the existence of the Central American isthmus, in which Honduras is in the middle, sea currents would have taken other directions, the weather had been different in Africa, and humans would not have evolved as they did.

The military base of Soto Cano, known as Palmerola, is of strategic importance to the United States.

For its strategic geographical position, Honduras is a necessary step for the drug that comes from South America.

Trujillo is believed to be the place where the first Mass was celebrated in the Americas.

Platano Forest was nominated as one of the new seven new wonders of the world.

There are no active volcanoes in Honduras, and there is only one natural lake: Lake Yojoa.

Comayagua has one of the oldest clocks in the world.

In Yoro there is the phenomenon of fish rain (lluvia de peces). Literally, fish fall from the sky.

Most of the population is Catholic, and the Virgin of Suyapa —represented by a tiny statuette— is considered the patron saint of Honduras. There is also a significant growth of evangelical sects, which are competing for the faithful with the Catholic Church.

Contrary to what happens on the mainland, Bay Islands is predominantly Protestant, because of the early English influence.

With the number of coral reefs that are in the Bay Islands, Honduras is the second country in the world with more coral reef after Australia.

In addition to receiving gifts at Christmas, children are celebrated and receive gifts on 10 September, the day of the Honduran Child.

The Maya were the pre-columbian culture most advanced in the present territory of Honduras, but when the Spanish conquistadors arrived, this magnificent culture had already disappeared. The Mayan people did not disappear, but returned to lower levels of development. It is unknown if their disappearance was by natural causes or by the collapse of its social organization. The Copan Ruins are the most important Mayan ruins in Honduras.

Most Hondurans are mestizos.

Ethnic groups in Honduras mentioned in the textbooks are the Lenca, Tolupanes, Pech, Tawahka, Chorti, Miskito and Garifuna. Also important in Honduras are Arabs, Jewish and Chinese.

The most important national hero of Honduras is Francisco Morazán, who fought for the unity of Central America and died executed for his ideas in Costa Rica.

September 15th is celebrated as Independence Day in Honduras, which coincides with that of the other countries in Central America.
The national flower of Honduras is the Rhyncholaelia digbyana (formerly known as Brassavola digbyana) which replaced the rose in 1969.

The national mammal is the white-tailed deer, the national bird is the scarlet macaw.

The Honduran flag consists of three horizontal stripes: the upper and lower stripes are blue, and the centre stripe is white. In the central stripe, there are five blue stars representing the five republics of Central American Union, and the central star represents Honduras.

The National Anthem of Honduras consists of a choir and seven stanzas, but usually, only the chorus and the last stanza are sung in public events.

Soccer is the favourite sport, the passion of multitudes.

The main export products are bananas, coffee and wood.

Remittances represent about a quarter of GDP, and about three-quarters of exports.

The population is around 7.8 million inhabitants.

The area of Honduras is 112.090 square kilometers.

Honduras is situated in an area of the Caribbean prone to hurricanes.  Rainy season is from May to November, and periodic hurricanes between June and November.

Medical care in Honduras varies greatly in quality and availability. Outside Tegucigalpa and San Pedro Sula, medical care is inadequate to address complex situations. Support staff facilities and necessary equipment and supplies are not up to U.S. standards anywhere in Honduras.

Facilities for advanced surgical procedures are not available. Wide areas of the country, including the popular tourist areas of the Bay Islands, do not have a general surgery hospital.

There are several clinics, two hospitals and a recompression chamber for divers. One of the hospitals is private and designed for the foreigner communities.

Modern state-of-the-art equipment and well-trained doctors are on call 24 hours/day. Ambulance service is also now available on Roatan. Larger medical centres are available on the mainland.


Ambulance services are limited in major cities and almost non-existent elsewhere. Emergency services may be contacted directly through their local numbers.

Scuba diving is popular in the Bay Islands, but the limited medical facilities there pose a special risk in the event of an emergency. There is a decompression chamber on Roatan and Utila for divers, but no advanced medical care on either island for diving related accidents.

Severe air pollution, which can aggravate or lead to respiratory problems, is common throughout the country during the dry season due in large part to widespread forest fires and agricultural burning.

Honduras lacks a substantial infrastructure for maintaining water purity. Travellers are strongly encouraged to avoid drinking tap water or a beverage that contains ice from an unknown source (even alcoholic drinks). Bottles and bags of purified water are widely available.

After two and a half decades of mostly military rule, a freely elected civilian government came to power in 1982.